It was a few days over a year ago that I picked this cutting up off the floor of a box good stores and asked the garden attendant if she minded if I took it home. It was one of the first cutting propagations I’d ever attempted, and I was so delighted when it actually worked. (Little did I know how that would turn into a propagation addiction.) 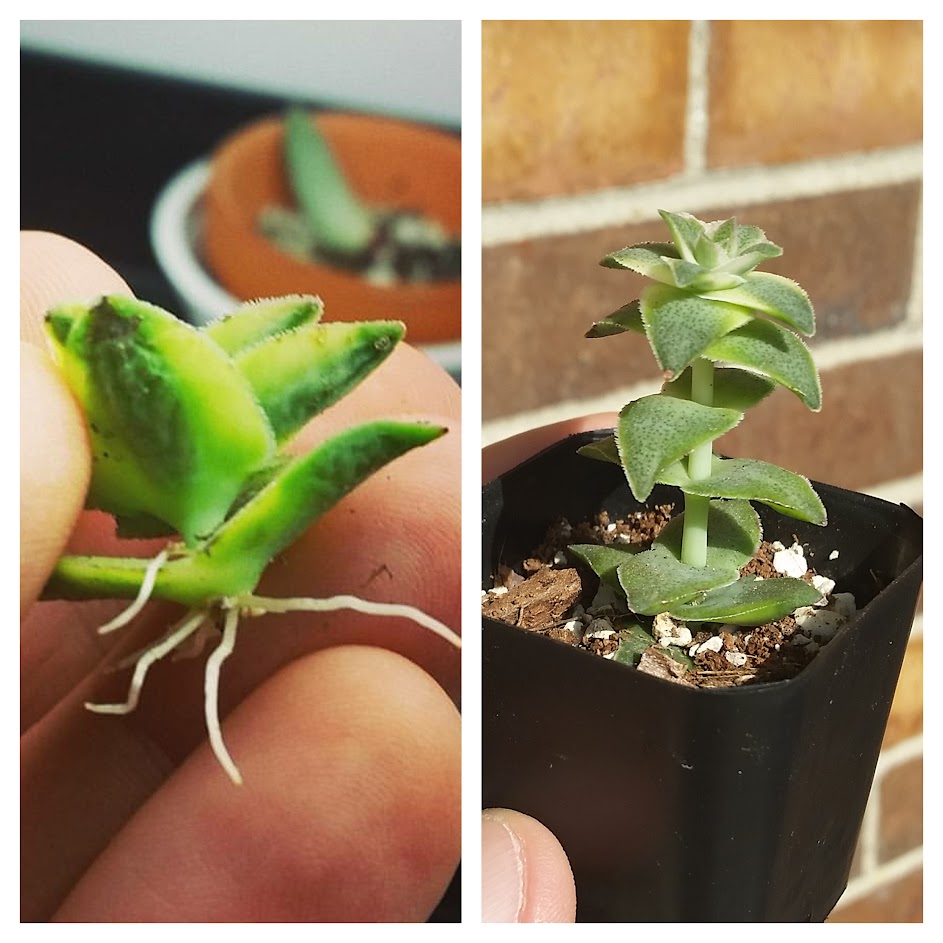 It started with four leaf sets in the winter, by spring when I moved it from the tray to its own little square seedling cup it had grown to seven or eight.

Flash forward a year – and take a look at it now! 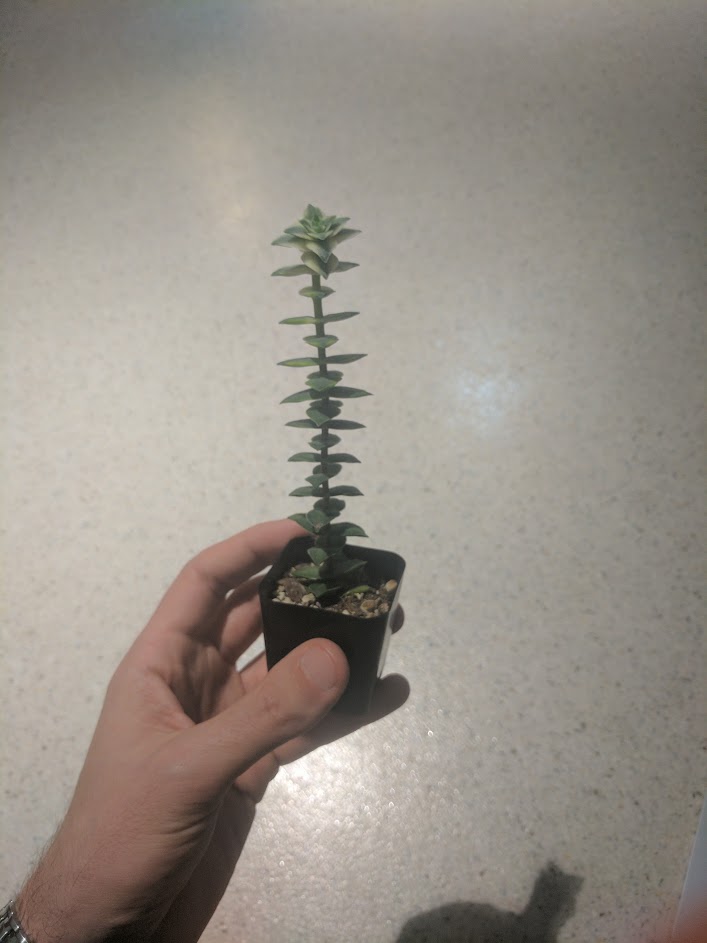 Come spring I will likely snip the top off and move it to a small pot, as that should encourage it to either branch or send up new shoots… and then, of course, attempt to reroot the top and start the whole process over again.

It’s not exactly a huge pot full of plant after one year, but considering the size of the little snipping I started with, I’d say its doing pretty well!

After one of my original succulents had been long besieged with a scale infestation (nasty little lice), I attempted to repot it into fresh soil in an effort to save it – and at the same time, split off two young/small offsets since I had the roots cleaned off.  Neither had really rooted on their own yet, but the mother plant was slowly dying and I figured I didn’t have a lot to lose.

Conventional wisdom would have said to plant them in perlite/pumice/grit until they rooted, but I tried that and they continued to shrivel away until I eventually laid them on a peat-based mixture, which I think retained just enough moisture that when the root nubs started to poke through, they immediately found substanance to help the tiny things rebound.  Happily, both are now perking up and looking healthy – probably more so than the original plant, which has shrunk down to the absolute minimum I think the core could withstand and I’m not optimistic it will pull through.  On the upside, I did manage to save the plant in the form of the two young offsets, so not a complete loss!

Moving things to the light shelves for winter.  Some things still have to rotate through window sills and light shelves.  Succulents go dormant in winter (mostly) due to lower temperatures and less light, so they will get watered less — but when they do get a drink, I’m rotating them into the shelves just to try to prevent any stretching from low light if they do decide to do a mini growth spurt.  Except the little guys, propagations and seedlings… they have a permanent home here for a while at least.